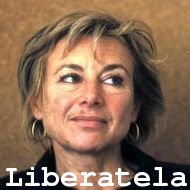 According to you, why Giuliana Sgrena, a veteran Middle East correspondent for the Italian communist daily Il Manifesto, has been kidnapped?

”Giuliana Sgrena was kidnapped due to the presence of Italian troops in Iraq. She is paying the price for the Italian government policies. I think that kidnappers are Sunni insurgents then they are convinced that she is not a spy and she is against the war. Italian government have done nothing serious for the release of Giuliana. She was kidnapped because she was working differently from the other western journalists. The correspondents of big American and British newspapers are doing “hotel journalism” in Iraq while this brave Italian journalist was following stories in the streets on her legs and her unusual way of reporting was the main cause of her kidnapping. There is no doubt that many American and British spies are using press cards in Baghdad. This policy is a threat for all the journalists”.

”I can’t say that Giuliana is kidnapped by the same group which kidnapped the French journalist but I can say through my experience that most of the Iraqis hate all those countries which are involved in the war. I faced the same attitude from Iraqis in 2003 after the invasion. I was a Muslim but they were not happy with me because i was from Pakistan and my country is a partner of US in war against terror. When I visited Iraq again in 2004,attitude was different, Iraqis were thankful that Pakistan refused to send its troops to Iraq. There are different groups in Sunni areas but their objective is same, they want Americans go back. I think if Americans invade Italy today, what will you do? I am sure that Italians will do the same thing to the Americans and their allies which Iraqis are doing”.

Behind this strategy of kidnapping, do you think there could be the hand of Al Qaida?

”This is a very important question. First of all you must understand that Al Qaeda is no more an organization, it has become an ideology. Many groups in Iraq are using the name of Al Qaeda as franchise, I can say with full responsibility that Osama bin Ladin is against the kidnapping of journalists. I have met him, interviewed him many times and i know that his fighters cannot kidnap a 56 year old woman. All those who are involved in kidnapping may have been influenced from Osama bin Ladin but they are not taking orders directly from him. I can give you a recent example. Three election workers were kidnapped in Afghanistan last year by a pro Al Qaeda group. Two of the hostages were woman. Taliban leaders immediately condemned the kidnapping. I know that leaders of Al Qaeda also sent messages to the kidnappers that why they have kidnapped women? Three hostages were released after few days near Kabul. During the war in Afghanistan, a British lady journalist Radley was arrested by Taliban (October 2001) because she entered in Afghanistan without visa but she was released on the request of Al Qaeda. They have lot of respect for women. I was also arrested by Taliban in Kabul on November 8,2001,i faced investigations for the full day. Finally i was released and Taliban Interior Minister said sorry to me but he made it clear Radley was arrested because Americans are using lot of women journalists and beggars as spies. He named one American journalist of AP Kathey Gannan as the spy. She was the AP correspondent for Afghanistan. I have given these details just explain that Al Qaeda is not directly involved in the kidnapping of Giuliana, if some sympathisers of Al Qaeda are involved then they must realise their mistake and release her immediately”.

Is it possible that the same Occupying Powers kidnap the most troublesome reporters?

”I cannot rule out the possibility that may be occupying forces are involved in the kidnapping. Giuliana was investigating about the atrocities of occupying forces, may be she got some very important evidence against the occupying forces, another scandal like Abu Gharib was about to break and that’s why she was kidnapped. There are many fake pro Al Qaeda websites operating just to create confusions”.

Or could there be any sense in saying that they are gangs of criminals looking for ransoms, the real perpetrators of these crimes?

”I met some criminals in Al Mansoor area of Baghdad who offered me lot of money. They proposed that i must trap one western journalist for them, they will take the ransom and then i will get may share. I just disappeared from Palestine hotel after that offer”.

Have you got any news from Iraq that could help us understand and explain these kidnappings?

”Yes i am in touch with many journalist friends and also some friends in Iraq, they think that Muslim scholars and journalist must appeal again and again for the release of Giuliana”.

Behind the kidnapping of Giuliana Sgrena could it be her interest in Falluja and the gathering of evidences and information?

”I am sure and i know that she was after a big story. That story was against occupying forces, not against the militants, Her kidnapping is a challenge to Al Zarqawi,if he is real follower of Osama bin Ladin then he must do something for the release of Giuliana because Osama never targeted any women in his whole life but this kidnapping may give a very bad name to Al Qaeda even among the Muslims”.

Is it possible that Giuliana Sgrena has been kidnapped because of her interest in studying a sort of laically resistance anti-Saddam that fights, at the same time, against terrorism and Occupying Powers? According to your experience in Iraq, does this unknown kind of resistance actually exist?

”I am sure that resistance is there. Lot of Muslims from different parts of the world are gathering in the Sunni areas of Iraq to fight against the Americans. I hope that Giuliana will be released and she will right a book about her kidnapping like British journalist Radley wrote after her release from Afghanistan”.

Getting down to the facts, what do you think could be done to free Giuliana
Sgrena e Flaurence Aubenas?

”Please manage to publish appeals from the Muslim journalists in Iraqi press. Also contact the chief cleric of Immam Abu Hanifa Mosque in Baghdad and Cheif cleric of Sheikh Abdul Qadir Gillani Mosque in Baghdad. Their appeals will definitely work if Giuliana is with the Sunni insurgents”.

Do you think Osama Bin Laden could give orders to kidnap or release reporters?

”I have already answered that Osama bin Ladin cannot order the killing or kidnapping of reporters. Even the American journalist Denial Pearl was not killed on his orders in Pakistan. He was killed by some local anti American extremists and that killing gave very bad name to the Muslims, I hope that Iraqis will not repeat that mistake again”.