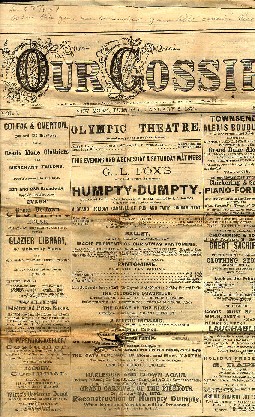 Alice was too much puzzled to say anything; so after a minute Humpty Dumpty began again. `They’ve a temper, some of them – particularly verbs: they’re the proudest – adjectives you can do anything with, but not verbs – however, I can manage the whole lot of them! Impenetrability! That’s what I say!’
`Would you tell me please,’ said Alice, `what that means?’
`Now you talk like a reasonable child,’ said Humpty Dumpty, looking very much pleased. `I meant by “impenetrability” that we’ve had enough of that subject, and it would be just as well if you’d mention what you mean to do next, as I suppose you don’t mean to stop here all the rest of your life.’
`That’s a great deal to make one word mean,’ Alice said in a thoughtful tone.
`When I make a word do a lot of work like that,’ said Humpty Dumpty, `I always pay it extra.’